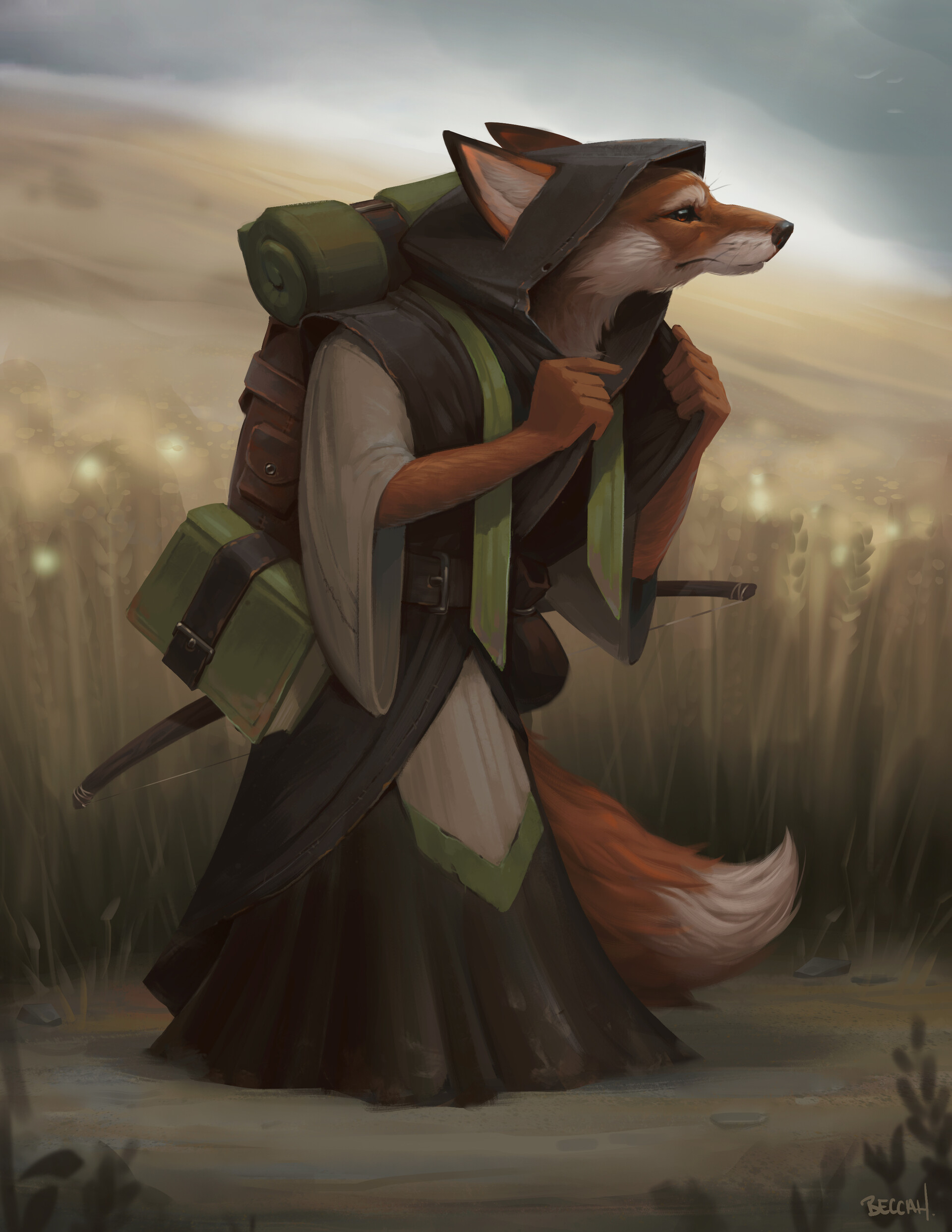 polish from the last bit of painting

A fox friend from our DnD campaign! I've been chipping away at this for a long time now and I'm very happy with how it turned out.

A skilled hunter for survival. An amateur magic user by necessity. A wanderer, though not by choice. We found Wesley departing the Elderwood and trekking towards the city because, frankly, he had nowhere else to go. His clan in the woodlands had been experiencing...disappearances at night. Their members each hunting in the woods as usual, but not returning in the morning. One by one, their numbers dwindled, their prey became fewer, and risks had to be taken.
Caught desperately hunting on the territory of the witch's sister, Wesley was struck by a curse. Weak and growing weaker, he journeyed to Emerald Keep in pursuit of a cure. A group was met on the road. His arm saved by a sacrifice by a stranger to a god. His hope strained, but slowly growing brighter.